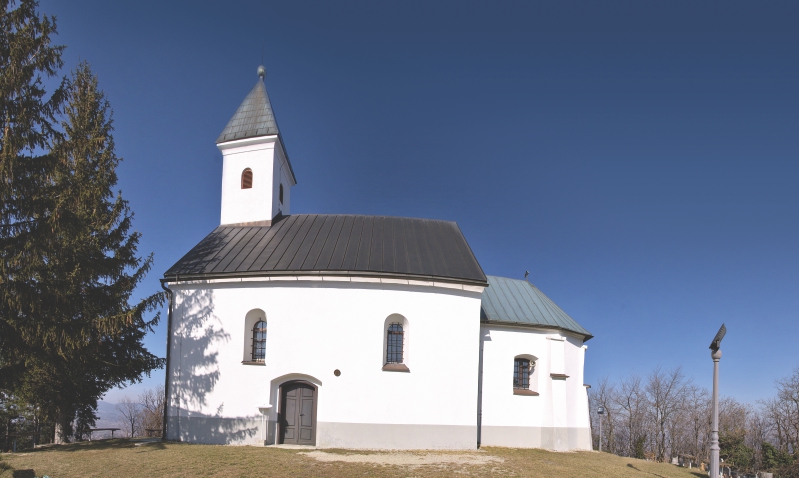 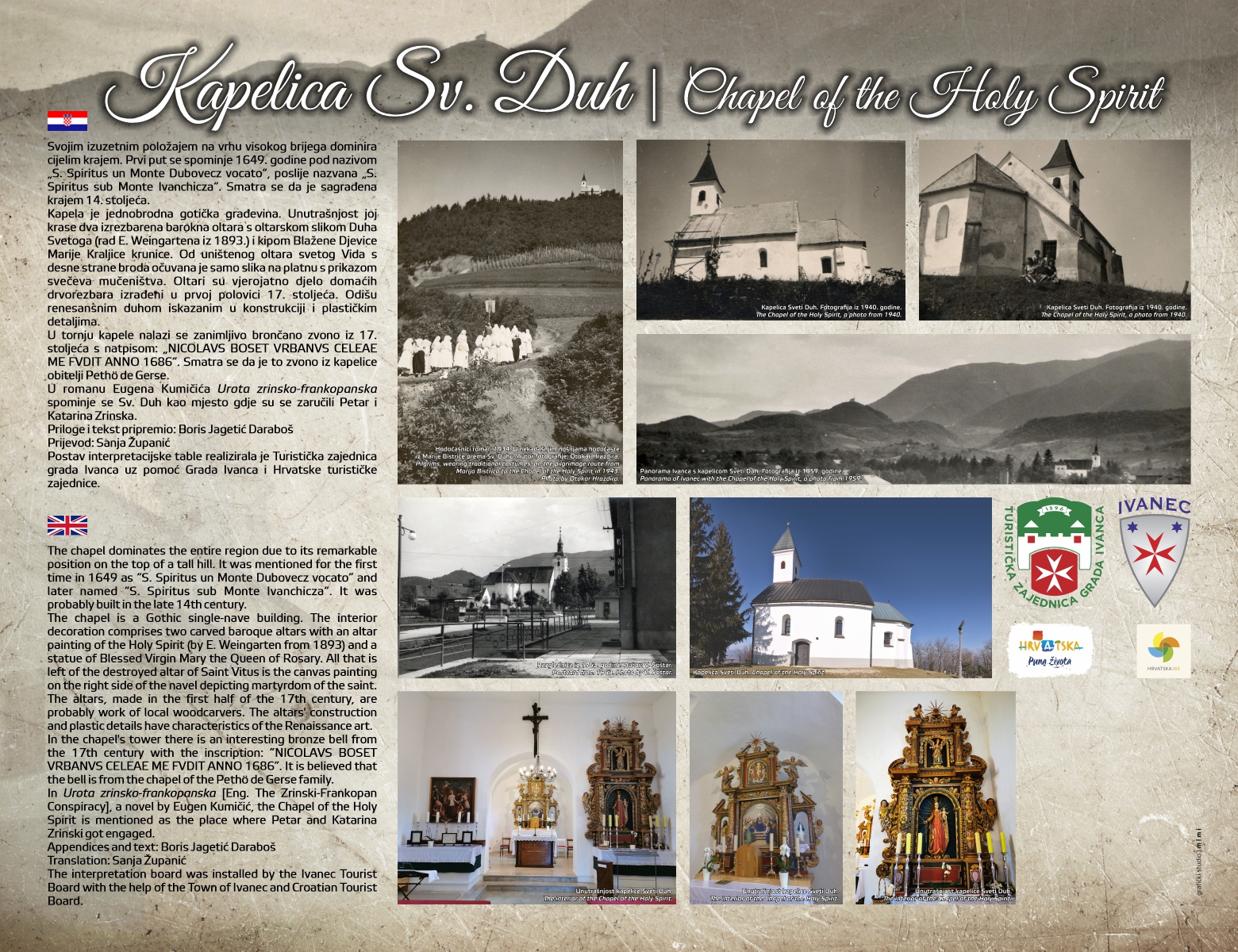 The chapel dominates the entire region due to its remarkable position on the top of a tall hill. It was mentioned for the first time in 1649 as “S. Spiritus un Monte Dubovecz vocato” and later named “S. Spiritus sub Monte Ivanchicza“. It was probably built in the late 14th century.

The chapel is a Gothic single-nave building. The interior decoration comprises two carved baroque altars with an altar painting of the Holy Spirit (by E. Weingarten from 1893) and a statue of Blessed Virgin Mary the Queen of Rosary. All that is left of the destroyed altar of Saint Vitus is the canvas painting on the right side of the navel depicting martyrdom of the saint. The altars, made in the first half of the 17th century, are probably work of local woodcarvers. The altars' construction and plastic details have characteristics of the Renaissance art.

In the chapel's tower there is an interesting bronze bell from the 17th century with the inscription: ”NICOLAVS BOSET VRBANVS CELEAE ME FVDIT ANNO 1686”. It is believed that the bell is from the chapel of the Pethö de Gerse family.

In Urota zrinsko-frankopanska [Eng. The Zrinski-Frankopan Conspiracy], a novel by Eugen Kumičić, the Chapel of the Holy Spirit is mentioned as the place where Petar and Katarina Zrinski got engaged.