The Bukovec family owned the watermill which local people also called “Bukovčev melin”. Its last owner was Ivan Bukovec. The watermill stopped working in 1968. Today, architectural remains, i.e. supporters of the mill's water wheel, are all that is left of the watermill. By chance and thanks to their advanced economic thinking, milled flour was offered on the shelves of a nearby store belonging to the family. Luckily, the great and magnificent facility owned by Đuro Bukovec has been preserved until today.
There used to be one of the largest stores in Ivanec that was owned by Đuro Bukovec. The Herg family also had a store in that building in 1922. Later, various activities were performed in the facility, for instance, there used to be a bank, a “Bata” shop, and a “Metal” shop of Ivanec's department store. Since the old days, residents of Ivanec have called this facility “Bukovčeva zgrada” (Eng. Bukovec's building). An old photo of Bukovec's store from 1910 displays the impressive building, which reveals an intact architectural whole depicting our citizens and the storeowner posing proudly in front of a camera.
This building can definitely tell many interesting, true and educational stories. From historical point of view, the facility also has architectural importance, especially due to its original façade, which in the past had decorative relief ornaments. Bukovec's building is truly unique because it was built in the style of historicism and secession, the purpose of which was to decorate dull façades of buildings and to make industrial production appear more beautiful by combining art and handicraft.
The ornaments on Bukovec's building present special features of the local, autochthonous, continental flora (corncobs, sunflowers, plums, grapes, daisies, tulips, etc.), representing an architectural hit of its own kind. Ornaments on certain products, especially those depicting corncobs and sunflowers, awaken our associations of watermills, milled flour and the production of pumpkin seed oil. 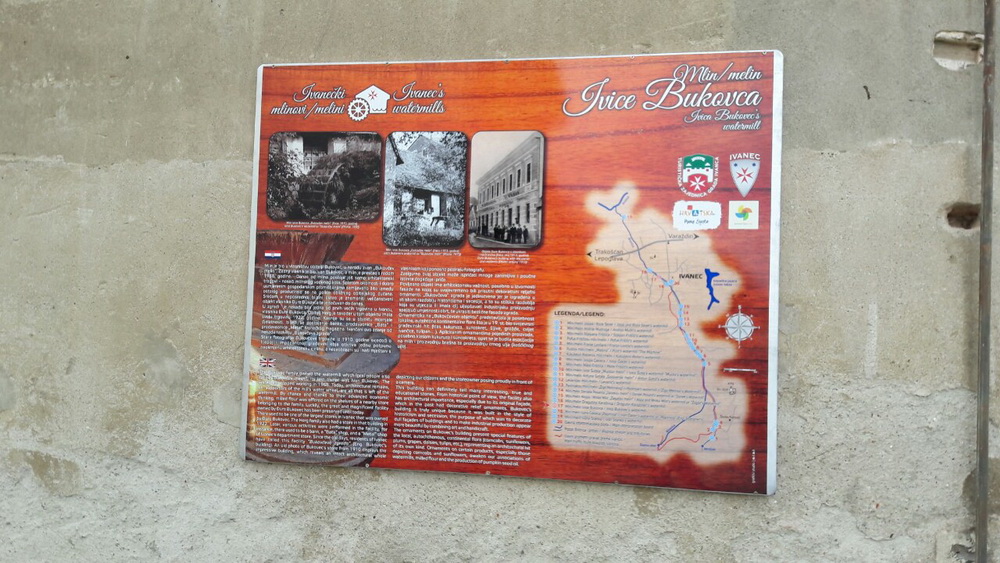